The 26 year-old (born 4.12.1976 in Brampton, Ontario) Canadian national team player and former NCAA champ has signed a contract with the Opel SKYLINERS for the remaining season. The guard / forward will have his first appearance in the OPEL SKYLINERS jersey in the ULEB Cup game vs. Pamesa Valencia on Tuesday, 7.1.2003.

Thomas is definitely not a stranger to the Frankfurt team. Our head coach Gordon Herbert has already worked with him during the Basketball World Championships last summer, when he was assistent coach in the Canadian national team. "David is in the starting five of the Canadian national team. He is an excellent defender and is able to play on positions three, two, four as well as one. Recently, he has averaged 18 points and 13 rebounds per game. Being a great team player he will perfectly fit into our team."

His release from his last club in Australia (Canberra Cannons) has already been acknowledged. David Thomas is 2.04 meter and a very versatile player.

From 1996-2000 David Thomas spent his college career at Michigan State University and won the NCAA crown in 2000. He played the 2001-02 season and the first part of the current for Canberra (14 games), ranking second among the Australian League's best defensive players (league-high steal record) at the end of the last season.

David Thomas: "Even though I've only been in Frankfurt for a short time, it seems like I have known my new team mates for a much longer period of time. This is a very good team. And I'm really looking forward to working with the OPEL SKYLINERS, especially considering the fact that I have n national team mate with Andy Kwiatkowski here in Frankfurt. I have also already worked with coach Gordon Herbert during the World Championships. And I once played against Travis Conlan during my college career." 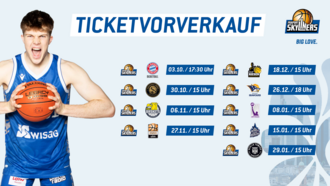 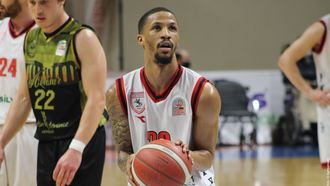 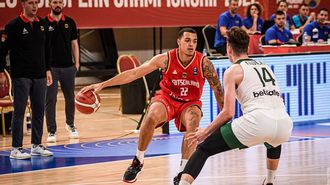