In cooperation with the renowned Agency Court Side the OPEL SKYLINERS will host a Summer Camp in Frankfurt. The Camp will take place on July 4th till July 6th in Basketball City Mainhattan (NordWestStadt).

From the 4th to the 6th of July there will also be an international Coach Clinic in Basketball City Mainhattan, organised by the Deutsche Basketball Bund, Court Side and the OPEL SKYLINERS. Headcoach Gordon Herbert will be one of the teachers at the Clinic.

Since 1998 Summer Camps are organised by Court Side, the largest agency in Europe. Over 90 young basketball talents, mostly from small east-european countries, get the chance to prove their talent in front of international Coaches and Scouts from all over Europe and the NBA.

Formerly, the Court Side Camps were organised in Hungary only. But now the agency has decided to move on. Court Side President Dejan Vidicki explains, why Court Side chose Frankfurt and the OPEL SKYLINERS:

"The whole infrastructure of the team is very impressive. The Management is on european Top-Level. Very motivated, ambitioned and very well organised. When there was a question, they had the answer in an hour. With other clubs you have to wait for weeks. Also the OPEL SKYLINERS are future orientated and give a lot of support to young players. With Basketball City Mainhattan they have started a unique project in Europe. There everything is together: Basketballcourt, Hotels, Restaurants, Shopping Malls..."

The Court Side Camp in Basketball City Mainhattan will be run as a tournament, where eight teams are competing against each other. Two teams, the "Challengers" and the "All Stars", have a special status. They are made up of young players from all over Europe, who are 21 or younger. These teams will play one match against each other and can further be watched during the Coach Clinic, where they will participate also.

OPEL SKYLINERS Headcoach Gordon Herbert is the coach of the "All Stars" Team, that will be joined by OPEL SKYLINERS Forward and Basketball Academy Rhein-Main player Alex King.

Gordon Herbert (OPEL SKYLINERS), Gary Waters (Rutgers University) and Marco Crespi (Scavolini Pesaro) are the teachers at the international Coach Clinic, that takes place from the 4th to the 6th of July in Basketball City Mainhattan. They will give 16 lectures, 45 minutes each.

For further informations concerning the time table of the Court Side Camp and the Coach Clinic please check on: www.court-side.com 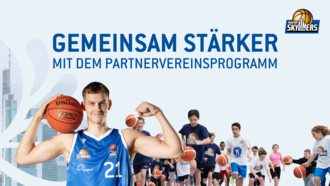 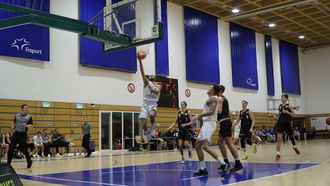 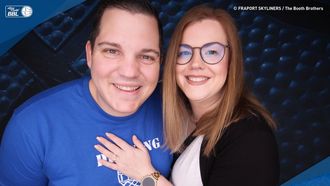